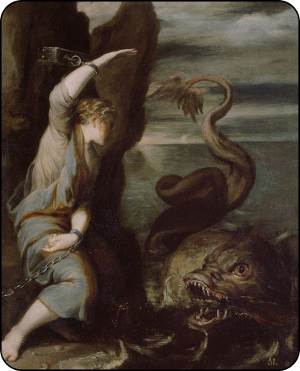 I recently read some discussion around the support or otherwise of defunding and essentially eliminating the US’s Department of Justice’s Violence Against Women program. The poster wanted genuine dialogue in an attempt to understand how Trump supporters see their man’s actions and this is to be the first of several questions he intends to ask his followers.

Now, whether or not this particular scheme is actually in the works, I don’t know, I haven’t checked. However the question was still valid as a benchmark of Trump supporter feeling.

One commenter in particular stated that she supported defunding of all kinds of programs, including this one, the gist of her reasoning being that people should be more END_OF_DOCUMENT_TOKEN_TO_BE_REPLACED

On the 5th January, we visited Amiens and mostly spent time in and around the breathtaking cathedral. It’s designated a END_OF_DOCUMENT_TOKEN_TO_BE_REPLACED

Doubtless there’ll be more of this but for now, here’s a few shots taken on a photography ramble with Dad recently. We wombled through Monchel, Flers, many other local villages whose names I cannot at present recall and their surrounding countryside. END_OF_DOCUMENT_TOKEN_TO_BE_REPLACED

There have been some photography forays over the last month or so and I just managed to get around to taking a proper look for sharing. These are mostly from our house and grounds, with one or two village shots thrown in. END_OF_DOCUMENT_TOKEN_TO_BE_REPLACED

These are some shots I took while family were visiting and we gadded about for a brief introduction to our new home. It was a lovely few days and hopefully to be repeated (maybe in warmer weather…)

END_OF_DOCUMENT_TOKEN_TO_BE_REPLACED

Just a few shots from the other night. #nofilter END_OF_DOCUMENT_TOKEN_TO_BE_REPLACED

It has been eleven weeks since we upped sticks and carted all our belongings nearly 200 miles across the Channel to take up residence in a turn of the 20th century, three-storey house located in a French village which boasts roughly 650 inhabitants. Free and clear. All ours. Beautiful.

And sure, there have been hiccoughs along the way; the move itself was anything but smooth sailing. And yes, our village contains a café (and sometime restaurant), a butcher, a post office and little else (except the public library which is open on the third Saturday of every month, 18:00-19:30). However it also has friendly people, a derelict chateau with a rocky past, a beautiful little church two doors down (the bells ring three times a day at 07:00, 12:00 and 19:00 but funnily enough, we quite like that), a bread vending machine in the Place (filled three times a day) and the surrounding countryside is as vast and beautiful as we could wish for.

Did I mention we’re back in the countryside? Oh yes! French cows are terribly laid back, by the way. A surprisingly high percentage of them lounge around casually in the grass instead of standing up almost all the time – and we see a lot of them. There are many fields on our regular journeys which contain cows and/or horses with the occasional group of sheep thrown in for variety. Strings of adjacent fields or the odd one running back from the road and fitted in between two houses, more often than not have livestock in them. Well, duh, countryside! But it’s a relief to be back among them.

The eleven weeks have mostly been spent in a frenetic, unceasing attempt to get the house straight enough for guests, while fixing the most pressing issues in the house and attending to various administrative duties. We’ve also managed to squeeze in the odd bit of exploring but it has frequently been shoehorned into tasks concerning one or more of the above mission statement items (except for the day we took off to go to the beach at Le Touquet, that was heavenly). There was a lot we knew we were taking on and, as with most projects of this nature, we found plenty more once we had leisure to observe more closely. That hasn’t made us love our new home less, though. If anything, aside from the raft of DIY – and not so DIY – activities, many of the discoveries we’ve made have pulled us deeper into love with it.

Things like the swing window on the front door which opens behind the decorative iron work. Like the well in the courtyard – not currently functional but very probably can be made so. Like the footprint of the cellar not matching that of the ground floor – which for various reasons strongly suggests there may be another room we can’t access at present. Like hearing that during the Second World War, the mayor of our village, when this was still the Mairie, hid downed British airmen somewhere on the property (perhaps in the hidden room?). Like discovering large, hollow spaces under the dépendance floor which may or may not be water tanks. Like speculating on what the pulley wheel outside the attic window at the back of the house was used for. Like wandering into the back of the garden toward dusk and startling the rabbits which habitually spend time there. Like anticipating going through the collection of ancient bits and pieces in one of the dépendances to see what bits of history might be found. Or realising that the collection of wood things in the corner of another of the outbuildings is almost certainly most of a large fruit press. Or being buzzed by a bat in the evening. Or any one of a myriad other little mysteries which keep us wondering.

All in all, even though everything is new to us, it has felt like coming home right from the first. We’re now very familiar with the nearest reasonable-sized shopping areas and more than familiar with one or two of the eating establishments – La Belle Epoque, anyone? – and though we still occasionally take a wrong turn, we actually quite enjoy that too! The sense of adventure is never far away and winding through little roads we haven’t yet encountered is all part of the fun. A couple of weeks ago we drove to Abbeville and passed through St Riquier to get there, which has a phenomenal piece of architecture right in the middle of it in the form of an abbey, now open to the public. We haven’t managed to go in yet but it’s on the list. Rounding the corner and unexpectedly seeing L’Abbaye royale de Saint-Riquier is a breathtaking experience. There are still turnoffs all over the place down our regular routes which I desperately want to drive down – who knows what else we may find? The only difficulty sometimes is remembering to slow down, that we don’t have to do everything at once…

And that goes for food too. It’s not always easy to resist picking up a new goodie but we have to remember that there’s only so much space to store it! I have to say, I’d forgotten how different comestibles can be on the mainland. In just this short time, I’ve had it forcibly thrust home exactly how miserable English ingredients have become. The stranglehold that British supermarkets have on produce ‘standards’ is never more evident than when you’re no longer subject to it. Without romanticising, food here is generally tastier, less bitter, fresher than in England, even from the supermarkets. Obviously there are exceptions, nobody’s perfect, but the overall effect is deeply pleasing. To be honest, it was possibly worth the move just to have access to a large range of Danette again… well, that might be an exaggeration but it’s definitely a contributing factor. And the weekly market at Hesdin is brilliant. Among other things, they, along with many others, sell round courgettes which Dad finds he actually likes – gasp! – and swiss chard, which we used to eat all the time in Italy.

So what’s next? Well, there’s still plenty to do in the house – it’s possible it will never be finished but since none of it’s life-threatening, a never-ending project doesn’t seem that bad right now. Photography, writing (yes, I have been), maybe actually pick up some paints for the first time in years… who knows? And I will try to be a bit more disciplined about adding stuff on here 🙂 For now, dinner time. Hehe.

This morning I drove into work past a fire.

As I approached, I could see a billowing plume of dark grey smoke and thought at first that the lorry coming toward me had a serious problem – but as I came closer, I could see that the smoke was emanating from a ground floor front window of one of the houses just the other side of the junction. END_OF_DOCUMENT_TOKEN_TO_BE_REPLACED

Once upon a time, there was a very tiny Elf. His name was Snockipants Molar and he lived with his Granny Molar in a very comfortable silver birch.

He’d lived with his grandmother since he was a baby Elf. His mother and father had left home on a very important adventure when he was eight months old and hadn’t been seen since that day. Snockipants had always dreamt that one day he’d take off on his very own adventure and somehow bring them home. Granny Molar and the Elfchief, though, had always told him he was too young for such things; he could think about it again when he was older but as long as he was only an Elfchild, he should do what Elfchildren do: play and learn and grow up. But Snockipants thought about finding his parents every day, rain or shine, until the day came that he was pronounced a fully-fledged Elf. It was a simple ceremony, but very moving. At the end, he was given an instruction by the Elfchief: END_OF_DOCUMENT_TOKEN_TO_BE_REPLACED

There are big changes afoot and it seemed like a good idea to chronicle some of them. Twenty years down the road (or less – sometimes I forget what I had for breakfast), who knows what I’ll remember… My track record with keeping a diary/journal/memoire of any kind is not shiningly awesome but I’m going to do my best this time. Feel free to nudge if you see me slacking.

That said, I’m going to cheat this time. I’m going to start out with something I already love, which was created in a haze of daftness for my lovely mum. You’re never too old for tucking in and bedtime stories…